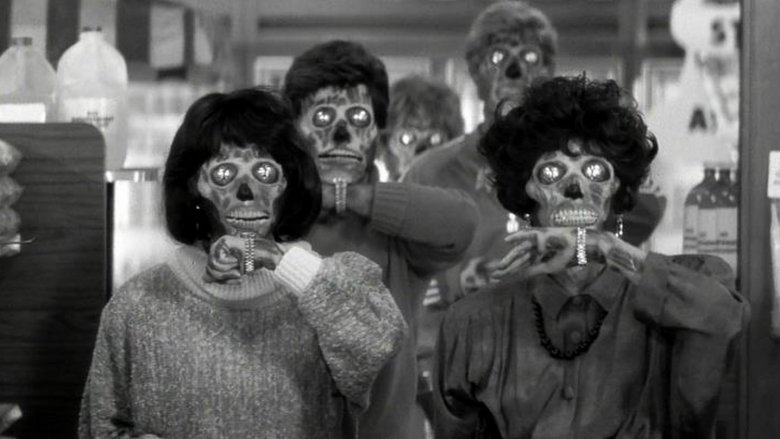 This marks the second in a series of blogs covering the best directors of the eighties, per genre. Today, we’re moving on with the top ten horror directors of one of the most beloved decades in cinema.

Directing the adaptation of a Stephen King novel is enough to put any unknown director on the map, but Lewis Teague’s horror movie credits during the eighties extend beyond Cujo in 1983. Three years prior, he made a movie in the monster subgenre called Alligator, and in 1985, he directed Cat’s Eye.

Both flicks received positive reviews from critics, though neither of them made much headway in the hesitant eyes of theater goers. Meanwhile, Cujo received mixed reviews, but is likely his most talked about film to-date, showing that despite how well-received your original films are, Stephen King has true longevity in Hollywood’s house of horror.

Aside from Gremlins in 1984, there’s hardly a single film made by Joe Dante that would be recognizable to any casual film fan. Sure, he took part in the making of The Twilight Zone: The Movie, but it was only a segment of the film.

Again: Gremlins is by far and away the most popular horror movie he’s made, but it didn’t render Dante a one trick pony. He also released The Howling in 1981, and while it received modest feedback from critics, it definitely added to Dante’s resume.

Just after one of my baseball games when I was around eight years old, I went to a deli with my dad. Now, I’m not sure why Child’s Play was running in a family-friendly sandwich shop, but I watched that screen in sheer suspense, with a BLT in one hand and a soda in the other. That movie haunted me for years, and I’m sure that millions of others worldwide can say the same.

Child’s Play was released in 1988, but before that, Holland directed Fright Night in ’85. The latter has more critical acclaim, while the former collected way more money at the box office, and has spawned numerous sequels. Both are great films that add up to an obvious choice for number eight.

Jack Nicholson’s chilling performance as Jack Torrance is one of the most talked about movie roles ever, and the “Here’s Johnny!” axe scene will forever go down in cinematic history. Now, I know what a lot of you are thinking: Of course The Shining is great; why is Kubrick so low?

While a great portion of his films feature rather dark elements of dialogue, cinematography, and storytelling in general, The Shining is the only horror movie he’s ever made. It’s a phenomenal film adapted from an equally phenomenal book, but that isn’t enough in my eyes to boost Kubrick any higher than number seven, especially when so many guys throughout the eighties stuck exclusively to horror.

Quality control is a prominent theme in horror filmmaking, as even the most prolific ended up striking out more times than not. Tobe Hooper released five movies in the eighties that fall under the horror genre: The Funhouse, Poltergeist, Lifeforce, Invaders From Mars, and The Texas Chainsaw Massacre 2.

Of those, only the two former were well-received, and even then, Poltergeist is the only one that’s worth writing home about. The last three movies in that list flopped critically and mostly failed at the box office. Nonetheless, Tobe Hooper directed two of the most successful horror movies of the 1970s, and with Poltergeist attached to his name in the subsequent decade, his eighties horror credits only fortified his name in the prolific cinematic genre.

Among the most iconic horror franchises of all time is Friday the 13th, which followed in the footsteps of Halloween with the whole holiday-themed slasher shtick. But Cunningham’s horror streak didn’t stop in 1980—he went on to direct A Stranger is Watching in ‘82, The New Kids in ‘85, and DeepStar Six in ‘89.

Now, while there’s a strong chance you’ve never seen any of those three movies, Cunningham already had Friday the 13th under his belt by the time those were released, rendering him unlikely to reach any greater levels of esteem throughout the decade.

This is a particularly polarizing pick, as he was anything but consistent throughout the eighties, but come on. It’s Wes Craven. With Deadly Blessing in 1981, Swamp Thing in ‘82, The Hills Have Eyes Part II in ‘84, A Nightmare on Elm Street in ‘84, Deadly Friend in ‘86, The Serpent and the Rainbow in ‘88, and Shocker in ’89, this guy was putting out horror movies for the majority of the decade.

Though, simply getting a movie made won’t do much. Whether it deems you a one-hit-wonder, everyone strives to direct that one film that really puts you on the map, and for Craven, that was A Nightmare on Elm Street. Currently sitting at a whopping 94 percent on Rotten Tomatoes, it’s one of the biggest horror films ever made and easily his best of the decade.

That said, the famed director clearly went with quantity over quality. Aside from Elm Street, the only quality Craven films in the eighties were Swamp Thing and Serpent and the Rainbow. And while both achieved cult film status, that isn’t enough to make the top three when his other movies—particularly The Hills Have Eyes Part II with 0% on Rotten Tomatoes—received astoundingly negative reviews.

With both films sitting at hot approval ratings of 95 percent on Rotten Tomatoes, The Evil Dead in 1981 and Evil Dead II in ’87 are two of the most popular horror films of all time—not just of the eighties. Thanks to Raimi’s witty screenplay and Bruce Campbell’s charismatic performances as Ash Williams, The Evil Dead franchise is also perhaps the very pinnacle of cult films as we know them.

Raimi also directed a film called Crimewave in 1985 that failed both critically and commercially. A horror movie directed by Sam Raimi and co-written by him and the Coen Brothers sounds like a surefire hit, but it’s understandably been thrown by the wayside of Raimi’s illustrious filmography. Although, it did add another notch to his eighties horror belt that ultimately landed him at our number three spot.

He started the decade out with two well-received, financially under-the-radar movies with Scanners in 1981, and Videodrome in ’83. Now, the thing to note about Cronenberg is that he’s most prominently known as a director for his distinct style of body horror, a subgenre that deals with overly graphic and psychologically disturbing transgressions of the human body—like zombification in Frankenstein.

The Fly reboot in 1985 is perhaps the single most famous instance of this horror subgenre, and has since become a cinematic classic for a number of reasons—one of those being the fact that it put Jeff Goldblum on the map as a notable Hollywood actor.

He released five horror films throughout the eighties—The Fog in 1980, The Thing in ‘82, Christine the following year, Prince of Darkness in ‘87, and They Live in ‘88—and all five of them have ‘certified fresh’ ratings on Rotten Tomatoes. You’ll constantly see them scattered around lists of the best horror movies ever made, and each one holds up to this day. Carpenter is the undisputed master of the genre, and get this: his magnum opus, Halloween, didn’t even come out in the eighties. It’s a 1978 film.

Not only that, but he also has films from the decade that don’t even fall under the horror genre, and he passed there with flying colors, too, while most everyone else on this list stayed all aboard the train of blood, guts, and jump scares. John Carpenter was easily the most versatile director on this list, and he will undoubtedly go down as one of the industry’s absolute best. Not just in the realm of horror.

Thanks for reading our take on the best horror directors from 1980 to 1989, and be sure to tune in soon for the next installment as we cover the genre of science fiction!